Plant a tree in memory of Marie
An environmentally-friendly option 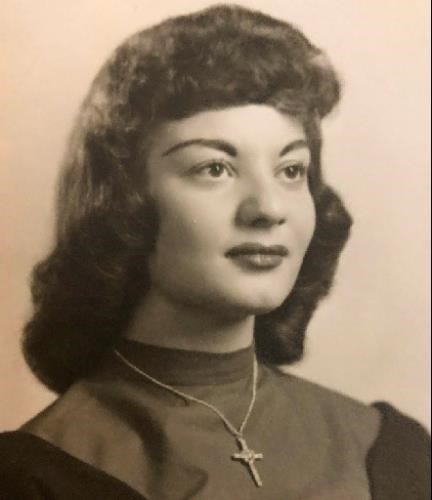 The family of Marie Christine (Klenakis) Setian sadly announces her passing on Wednesday, January 13 in Las Vegas, Nevada. Born in Springfield, Massachusetts, on April 22, 1937, Marie moved to neighboring Agawam with her parents in 1946 at the age of nine and attended local schools.
Marie was a woman of many talents. After graduation from Agawam’s great Class of 1955, she went on to excel at Comptometer School and, upon graduation, was hired by A&P to head up their comptometer division. Two years later she was recruited by the Comptometer School she attended to manage a 35-person comptometer division that oversaw the inventories of large department stores in the Springfield and Pittsfield area. A talented pianist, Marie loved playing and, during this period of her life, taught piano to budding pianists.
Leaving the Comp School one day she ran into an Attorney who knew her parents. They chatted and he asked her if she could help him out for two weeks as his secretary was on vacation. She did and ended up staying as an executive legal secretary for 10 years. Being a strong family person, Marie hired a cousin to be a receptionist and her Dad to help clients with tax preparation during tax season. Marie was also a notary and kept that title for 49 years.
In 1962, Marie married Charles (Gary) Setian and, while still working, decided in 1965 to enroll in what was then Westfield State Teacher’s College in the evening division. When her first son was born in 1966, she trained another cousin to replace her at the law firm and became a full-time stay-at-home Mom but continued her studies at Westfield State part time, receiving her degree cum laude in 1976. Although certified to teach in two States, Marie continued being a stay-at-home Mom because her husband’s job was very demanding and she wanted to be there when her now two sons arrived home after school.
However, she turned her attention to volunteering, teaching children at bedside who were patients at Baystate Hospital in addition to classes for children touring the hospital to explain how it cares for young patients. She also volunteered at Center School in Longmeadow, teaching in its gifted program while also providing one-on-one tutoring to slow learners. In addition, she volunteered for the local public television station, chaired bazaars at her son’s Montessori school and participated in a number of programs for her church.
When the boys went off to College, Marie studied to become a realtor and practiced this profession for 10 years, retiring in 1996, one year after her husband’s retirement as a Senior Vice President of Operations at Bay State Gas Company. In 2000, Marie and Gary bought a home out West to be closer to their grandchildren who they love immensely, splitting time between their residences in Longmeadow, MA and Las Vegas, NV.
Besides her husband of more than 58 years, Marie leaves two sons: Garo Setian and his wife Anahit Setian of Woodland Hills, California, and Haig Setian of Michigan; two grandchildren, Hunter and Lea Setian; and two brothers, Anthony and his wife Norma Klenakis of Fallon, Nevada and John and his wife Ann Klenakis of Agawam, Massachusetts. Marie was predeceased by both her parents, Christos and Lucille Klenakis.
A Memorial Service will be announced at a later date. In lieu of flowers, please consider a donation to St. George Greek Orthodox Cathedral, 22 St. George Rd., Springfield, MA 01104, St. Gregory Armenian Church, 135 Goodwin St., Indian Orchard, MA 01151 or to the charity of your choice.

Plant a tree in memory of Marie by clicking here.
To send flowers to Marie's family, please visit our floral store.

Services are to be announced

Plant a tree in memory of Marie
An environmentally-friendly option

Plant a tree in memory of Marie

Celebrating the life of Marie Setian

Be the first to share your favorite memory, photo or story of Marie. This memorial page is dedicated for family, friends and future generations to celebrate the life of their loved one.

We ask on behalf of the family that you keep your comments uplifting and appropriate to help all who come here to find comfort and healing.

Plant a tree in memory of Marie